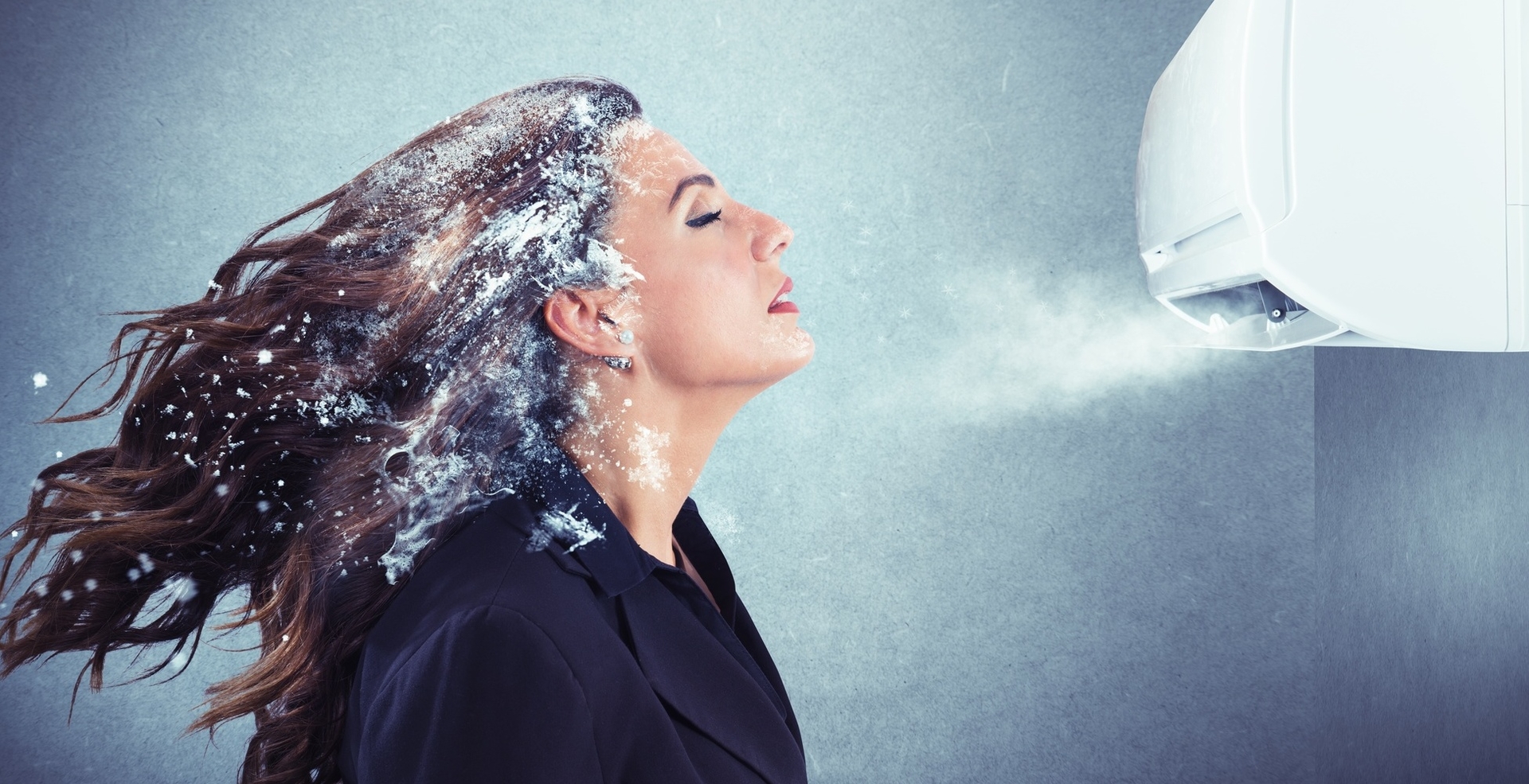 Geizeer is an eco-friendly alternative to air conditioning, born out of a desire to make working and home spaces more comfortable. This modern and portable ice cooling device with ventilation grid is equipped with a reusable cooling element, featuring a concave part inside for scented essences, and a battery that is rechargeable via micro-USB cable. The basic form of the Geizeer in natural wood makes it a chic-design addition to a living room, bedroom or office space.

Geizeer's use is very simple. You just have to enter the cooling elements, previously frozen in the freezer, into the bottom of the cube. And then, overlap the upper half of the cube on the bottom by aligning the two dots of each half. In that position, the contacts come together, the electrical circuit is closed, and the fan works. To turn it off, you just have to raise the upper half and rotate it. The inventors have studied this method of ignition to make Geizeer as safe as possible, even in the presence of children or animals.

After a few seconds in contact with the ice pack, the cool air is pushed out 360 ° from the cracks that divide in half Geizeer. The ice pack is also equipped with a concave space where you can insert perfume that will make environment fragrant. The small size of the Geizeer makes it portable and can be used in any environment. Using Geizeer for 24 hours, the power consumption will be about 2 cents. The cooling element, previously frozen, is sealed and it contains a mixture of gels. It has a duration of about 4 hours before melting and it can be reused. 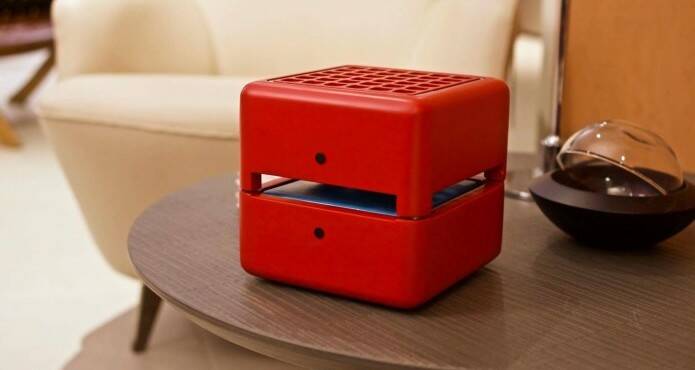 Geizeer provides for a micro-USB cable with a logo that turns red when the battery is charging, and it turns blue when the battery is fully charged. The Li-Po battery lasts around 3 to 5 hours, depending on the selected speed level of the fan, and it is charged via micro-USB cable. The cold air is pushed out at 360 ° from the slots which divide in half the cube to a diameter of about 1.20m. This system allows the refreshment of the entire area around Geizeer, unlike other unidirectional ventilation systems. For example, some people sitting around a table. Geizeer is available with 2 different grids, designed by parametric equations: Linear and Parametric.

Geizeer can’t cool home and it doesn’t have the same cooling capacity of an air conditioner. The cooling capacity varies according to many parameters like humidity, temperature, insulation of the room. Geizeer was born as personal ice cooling to be kept close by you, it has a 360 degrees air flow with diameter larger than 1,20 meter. Once the ice pack is inserted, the refreshment’s feeling is much greater than a normal fan; moreover, it’s a beautiful piece of design in wood, made in Italy, and it can be used as furniture and air freshener during the whole year.