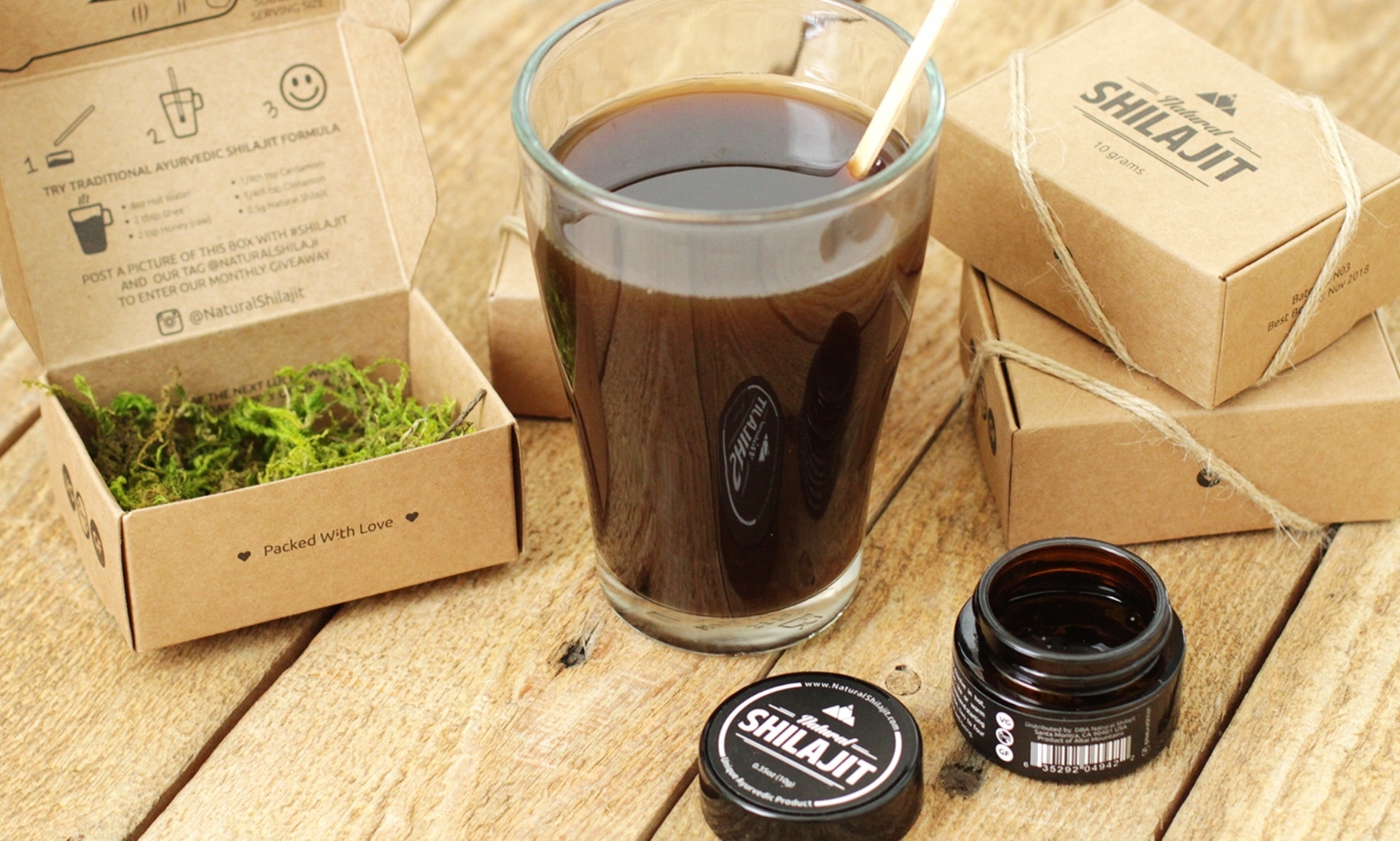 Shilajit or moomiyo, that can produce energy within cells is a traditional ayurvedic product that gets extracted from the solidity of animal and plant material over millions of years in the Himalayan regions of Tibet and in India. Herbal remedy known as Shilajit is considered the best carrier of nutrition and energy for the body. Now, it is found in most of the countries and has been used in many products because of its healing properties. Natural Shilajit is rich in many nutrients and contains minerals, humic acid, loads of vitamins and fulvic acid, which are considered key components that act as good cleansers since they remove harmful metals from the human body. The founder of the Natural Shilajit Brand Andrey Konovalov is the first who introduced and expanded the authentic Altai Shilajit as a dietary supplement to the US market and looks forward to the global market expansion.

Shilajit, also called mineral pitch, is the result of a long process of breaking down plant matter and minerals. It is a sticky, black, tar-like substance that comes from rocks in high mountain ranges. Shilajit sourced in India and Tibet, has been used in traditional Ayurvedic medicine for centuries, and the compounds in it appear to be beneficial for many conditions i.e. brain function, heart health, aging, help fight off viruses, anemia, chronic fatigue syndrome, altitude sickness, obesity, male fertility and even certain types of cancer cells. Shilajit is available as a powder or as a supplement that can be dissolved in milk or water. The recommended dose of Shilajit is 300 to 500 milligrams per day. However, it is important that a person speaks with a doctor before taking any natural supplements. Research suggests that Shilajit is safe for long-term use as a dietary supplement. However, there are some potential side effects of using Shilajit. Shilajit may lower blood pressure, which can be dangerous for people on high blood pressure medications. People with active heart disease or with a history of hypotension should be careful and more likely to avoid taking Shilajit to prevent a drop in blood pressure. 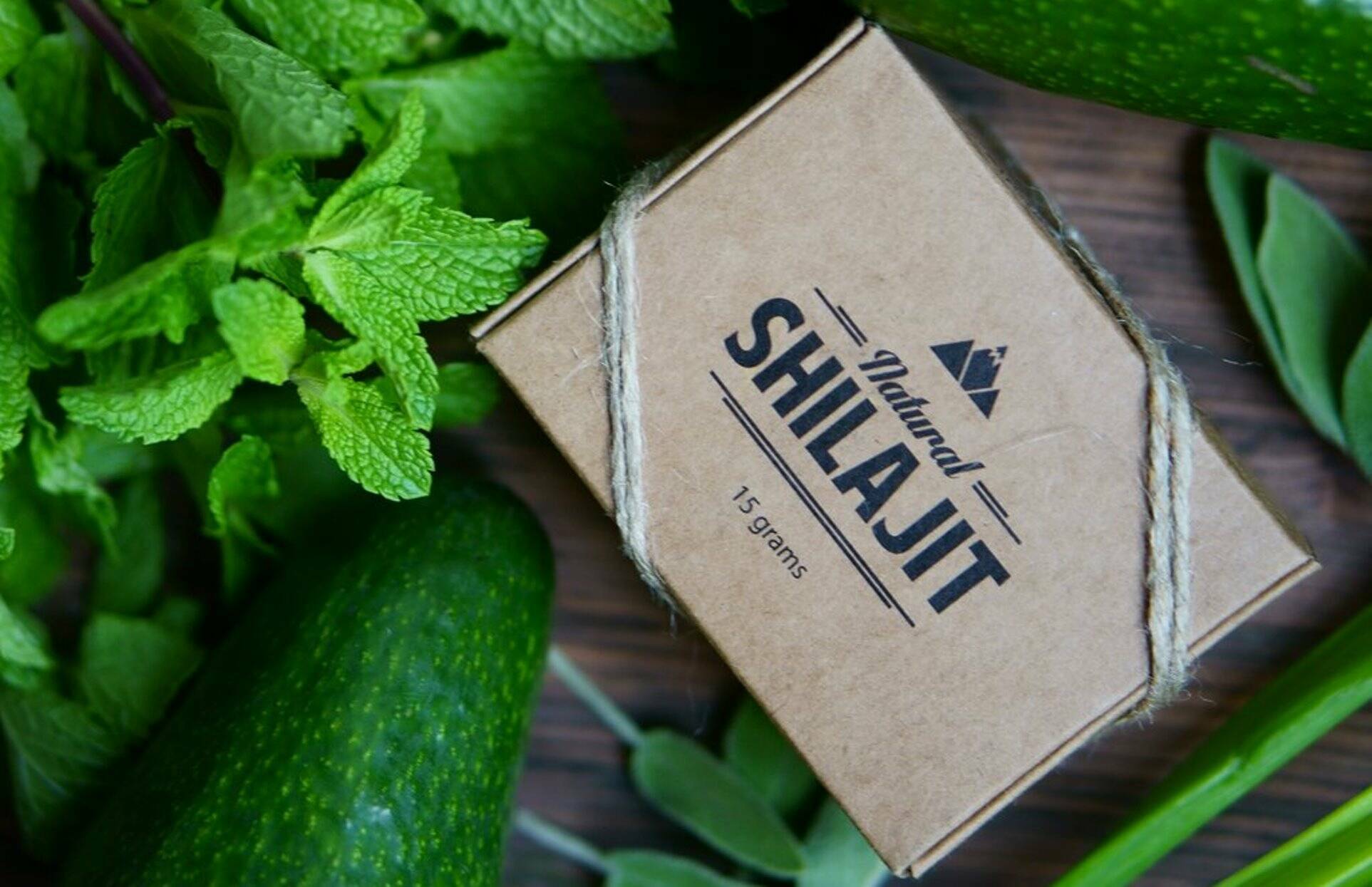 Shilajit is popularly referred to as the “Destroyer of Weaknesses”. This resin has a wide array of therapeutic benefits and is used all around the world as a panacea for almost every health problem. It is very rich in many nutrients such as humic acid and fulvic acid as well as many other micronutrients. Fulvic acid, is an integral carrier molecule of bioactive substances in several transport systems, while Humic acid helps improve physical and mental health. In recent years, scientists have found small amounts of Dibenzo Alpha Pyrones (DBPs) in Shilajit. DBP is an important biomolecule that helps restore and maintain the normal functioning of the mitochondria (the cell’s powerhouse), thus boosts energy (ATP) production. Shilajit resin is also rich in trace elements such as calcium, iron, zinc, copper, manganese and magnesium which also contribute significantly to your healthy lifestyle.

Traditional Shilajit was taken with hot organic milk or with some ghee to deliver stamina and energy to the body. The producers of the product recommend to dissolve it with a hot tea, coffee or warm milk and also non-chlorinated water. The Shilajit also dissolves under the tongue just after swallowing it.
All of Natural Shilajit products are 100% organic, natural and wild-crafted. The company works directly with long-time trusted supplier in the Altai Mountains, so can be extra confident in the product's authenticity. Each new batch goes through vigorous testing to ensure the product's purity before being processed & packed at an FDA-certified facility. 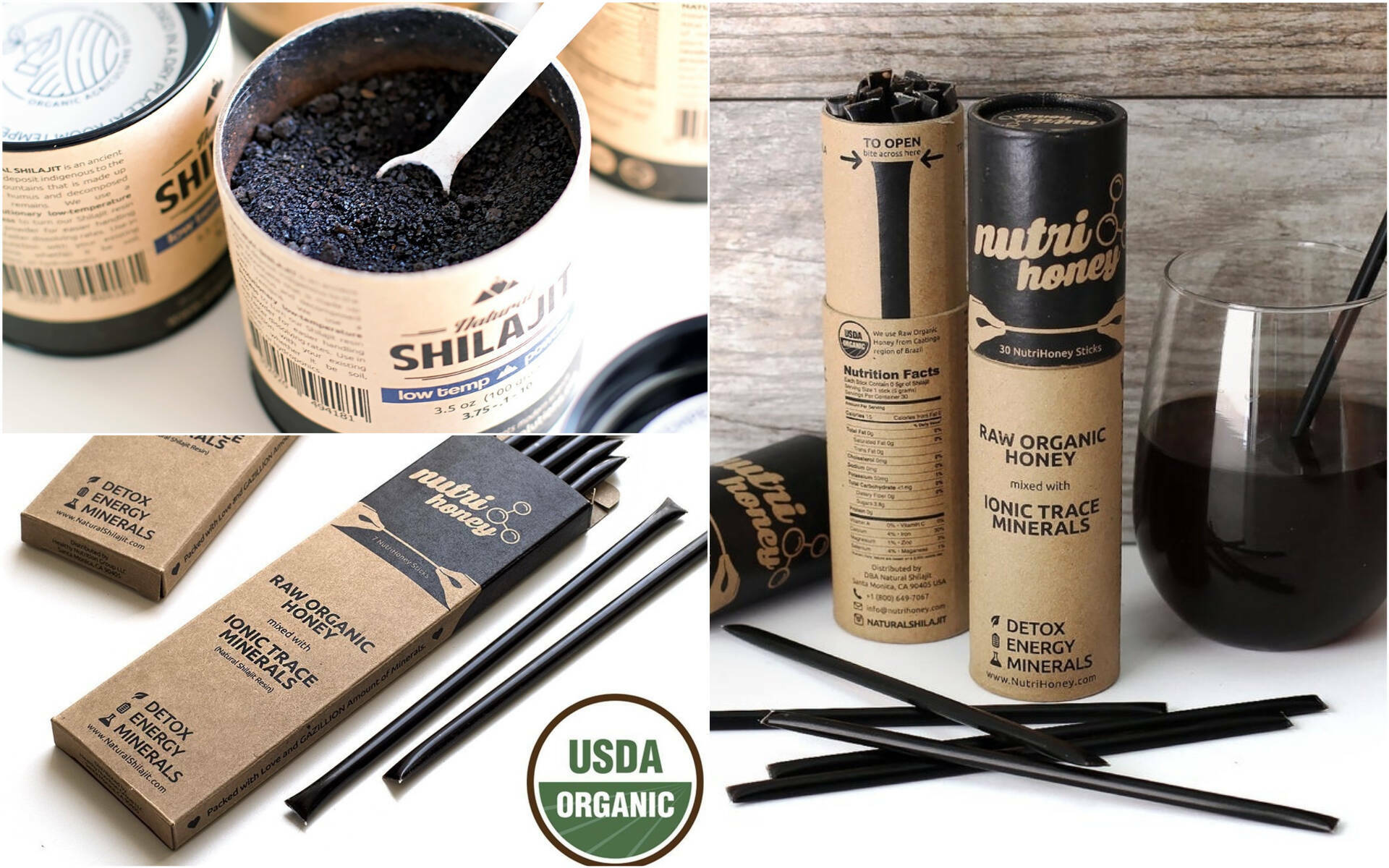 Today, the main income brings online retail. The manufacturer sells 700 jars of Natual Shilajit per month through bloggers and affiliate programs. The price for Natural Shilajit Resin 7g jar is $35, for 15g is $49 that now goes as Bestseller for $36,75. In addition to the Natural Shilajit, the company also offers honey sticks called NutriHoney which are a mixture of Natural Shilajit Resin and Raw Honey sealed in dose sticks. Since 2016, Natural Shilajit has been sold on Amazon and is in the top 5 in search results on request for Shilajit. Taking into account the income from cooperation with farmers, the revenue of the company today equals $50,000-60,000 per month, while net profit is $35,000-40,000. Healthy Nutrition Group LLC plans to begin the expansion of the Altai dietary supplement to other countries and find new niches. The company is pinning great hopes on the cosmetics market, which global volume in 2018 was $12.6 billion.