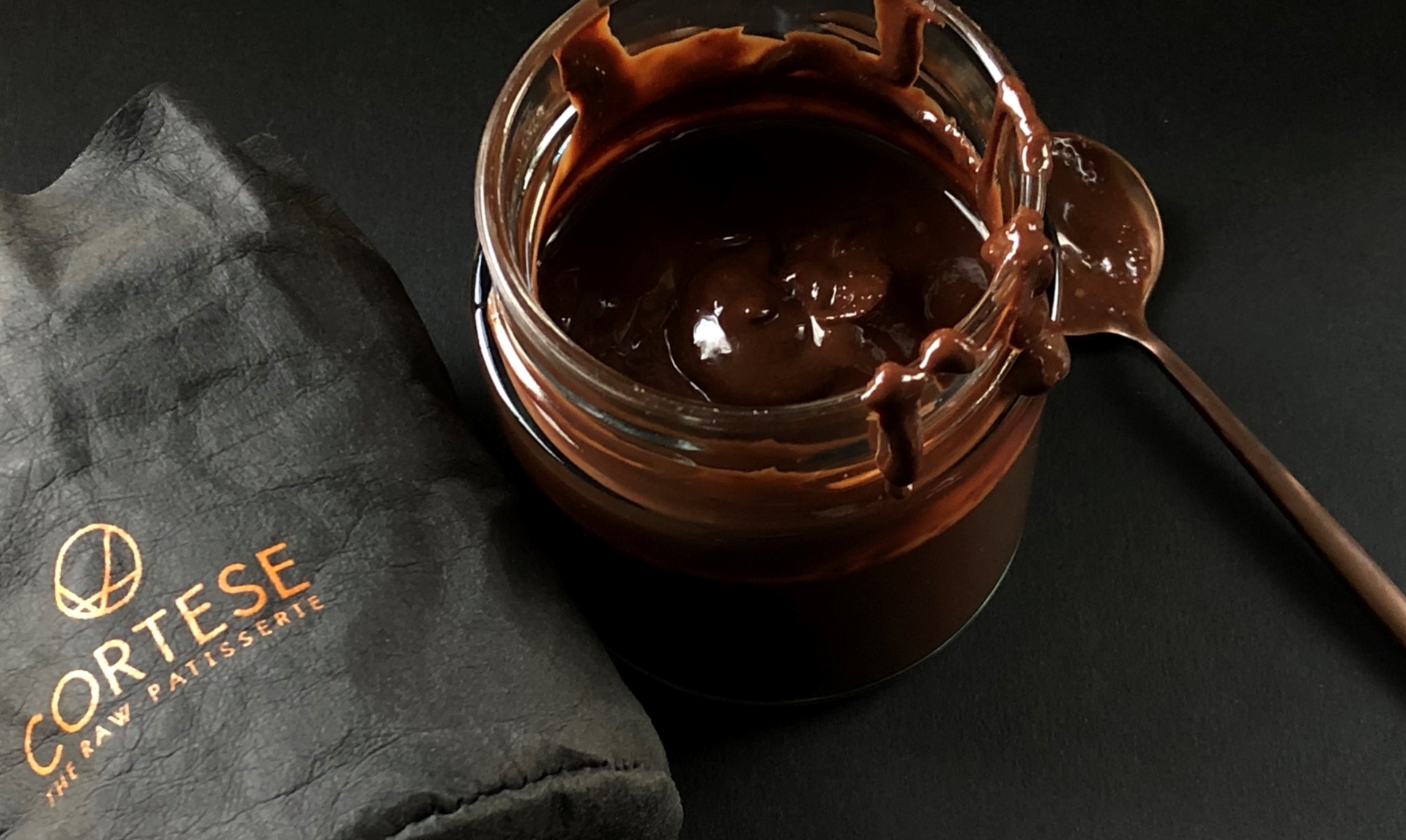 Vito Cortese is a Raw Pastry Chef and the Founder of Cortese Brand. Being a chef passionate about wellbeing and innovation, for many years Vito has been researching nutrition with regards to health. He established himself as Raw Food Chef Artist that always finds perfect recipes with a balance of beauty, health and flavour. Vito has created and has been developing his brand since 2009. He creates the best in the world raw vegan pastry, ice-cream and chocolate desserts that obtained many important awards in the sector of F&B business. All products are made in Casa Cortese pastry lab close to Florence. Italian raw master chef became the one-of-a-kind manufacturer of richly textured raw healthy chocolate desserts and raw vegan gelato. Taste is important as much as health. The Vito mission is to provide customers with the finest raw chocolate, gelato and pastry, using only the highest quality ingredients. Each Vito’s recipe is designed to enhance health and joy. 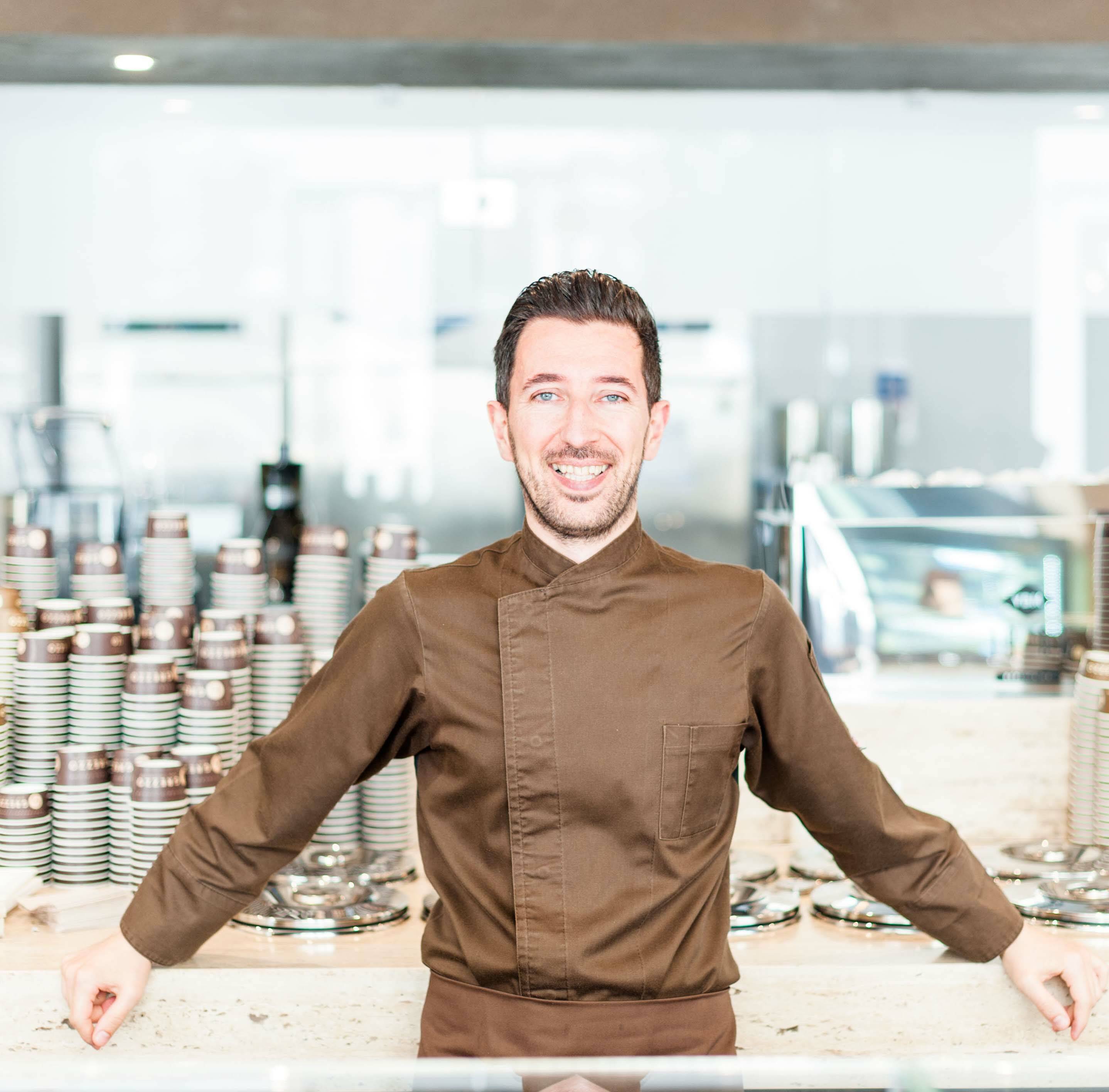 Vito Cortese, the inventor of raw chocolate desserts is one of the most famous pastry chefs of Italy. His passion for cooking and good food helped him to open his first restaurant business at the age of 21. Since 2007 he became interested in nutrition from a health point of view, that brought him to the natural cuisine. This is when Vito realized that what we eat affects our well-being. From there, he began to discover and study various natural products, from macrobiotic to ayurveda and finally raw food.

In 2009 he has discovered the raw food, remaining so fascinated that it became his greatest passion. He began to study and to do research, encoding an original method to make the raw food in a more professional way. He fell in love with the raw food cuisine and since then he has been studying and experimenting on new recipes that combine taste with health, a sine qua non. 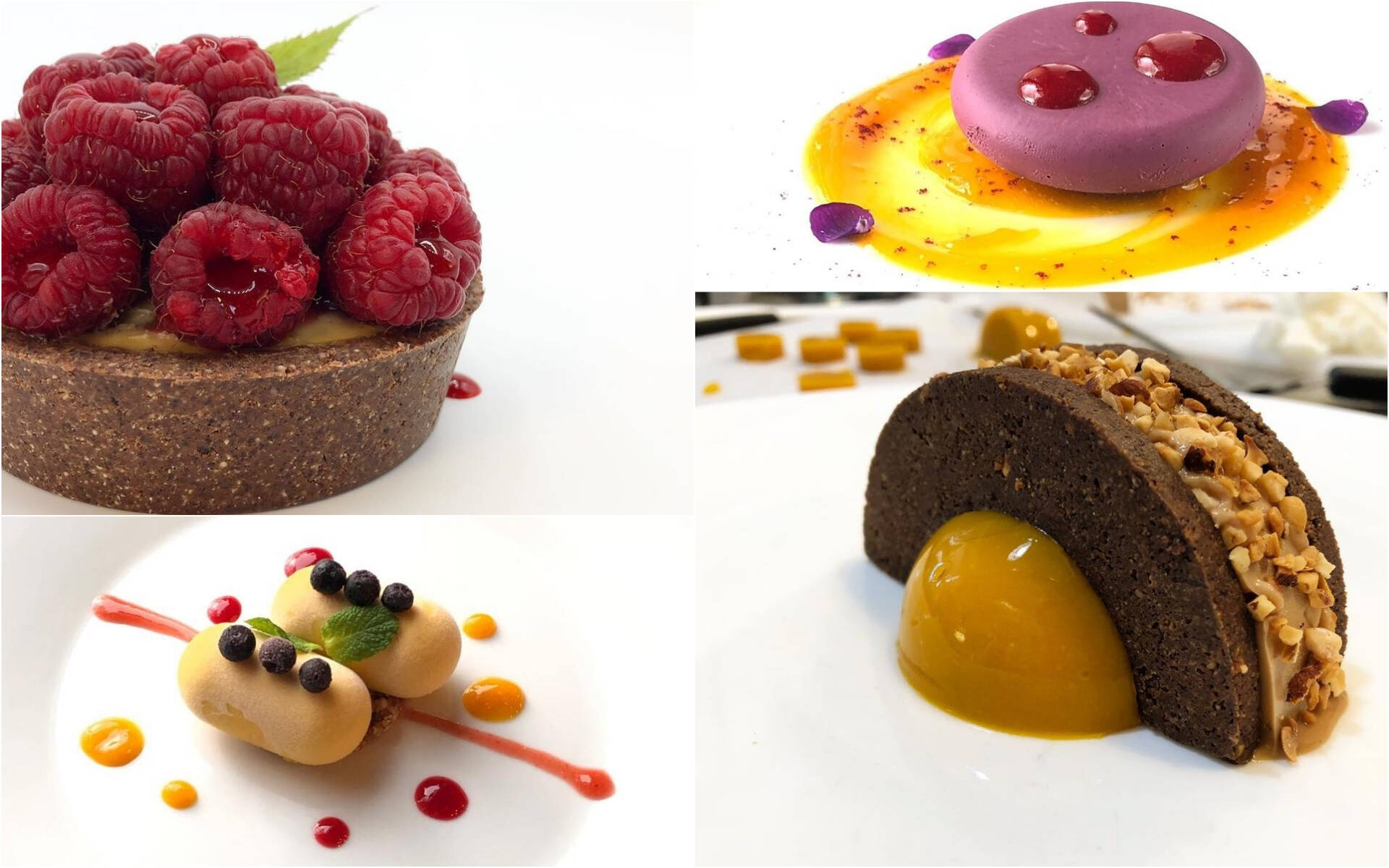 Vito began attending the best raw food schools in the world until he realized that raw pastry is a universe that remains to be invented. In 2010 he organised the first cooking class, where he taught the tricks of this mysterious art and created the brand Naked & Raw, raw food cooking school. Success was immediate. He held over 15 courses around Italy in the next six months. At this point he decided to go to the USA, to perfect himself at the renowned Culinary Academy of Matthew Kenney, the number one school in the world of gourmet raw food. He studied at the Academy for two months and deepened the best of this cuisine techniques. 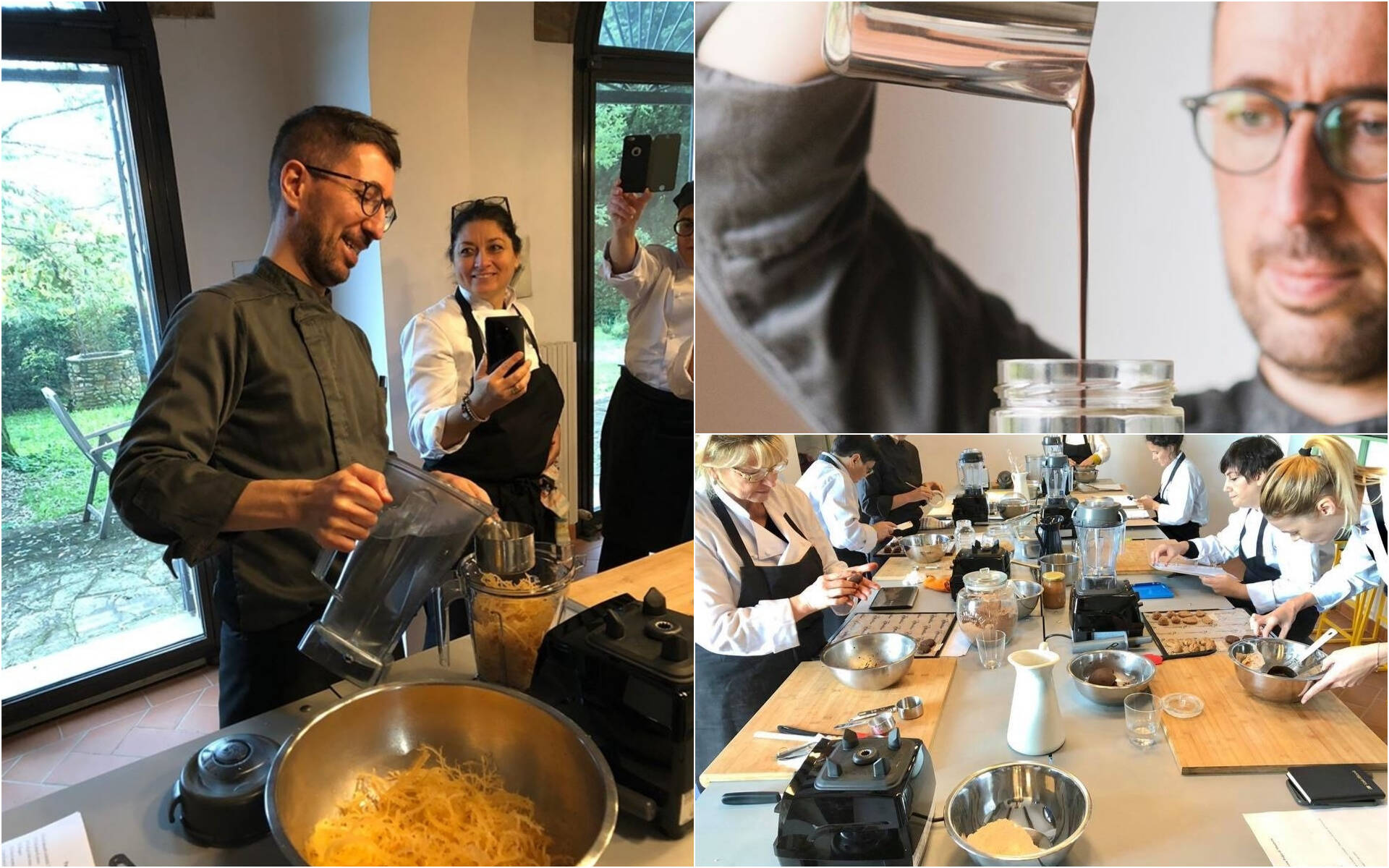 When Vito came back to Italy he continued to research and develop, increasingly applying what has been his intuition. He applied the raw food approach to the extraordinary Italian gastronomic culture that still remains the most fascinating. In April 2014, along with his business partner, he opened Grezzo Raw Chocolate, a completely organic raw pastry, gelato and chocolate shop, the first in the world offering such a wide and complete range of products. The name "grezzo" {adj. m} in Italian means "raw".

Next, the raw gelato required 2 years of testing in order to create the “perfect” recipe, which then became one of the top 20 in Italy at the Gelato World Tour in Carpigiani. Already in 2017, Vito has established his own brand CORTESE that produces raw vegan gelato, raw chocolate desserts, and gourmet spoon creams (chocolate spreads).

AN INNOVATIVE PROJECT IN AN ANCIENT PLACE

In the enchanting setting of the hills of Fiesole, a few minutes from Florence, in a structure born in 1200, a new project by Vito Cortese comes to life. A space dedicated to teaching and exchanging culinary notions, a pastry laboratory of creativity and sharing. Casa Cortese is the new starting point for healthy and gourmet cooking and pastry. Here the Chef produces his new unique healthy recipes of unique raw food. 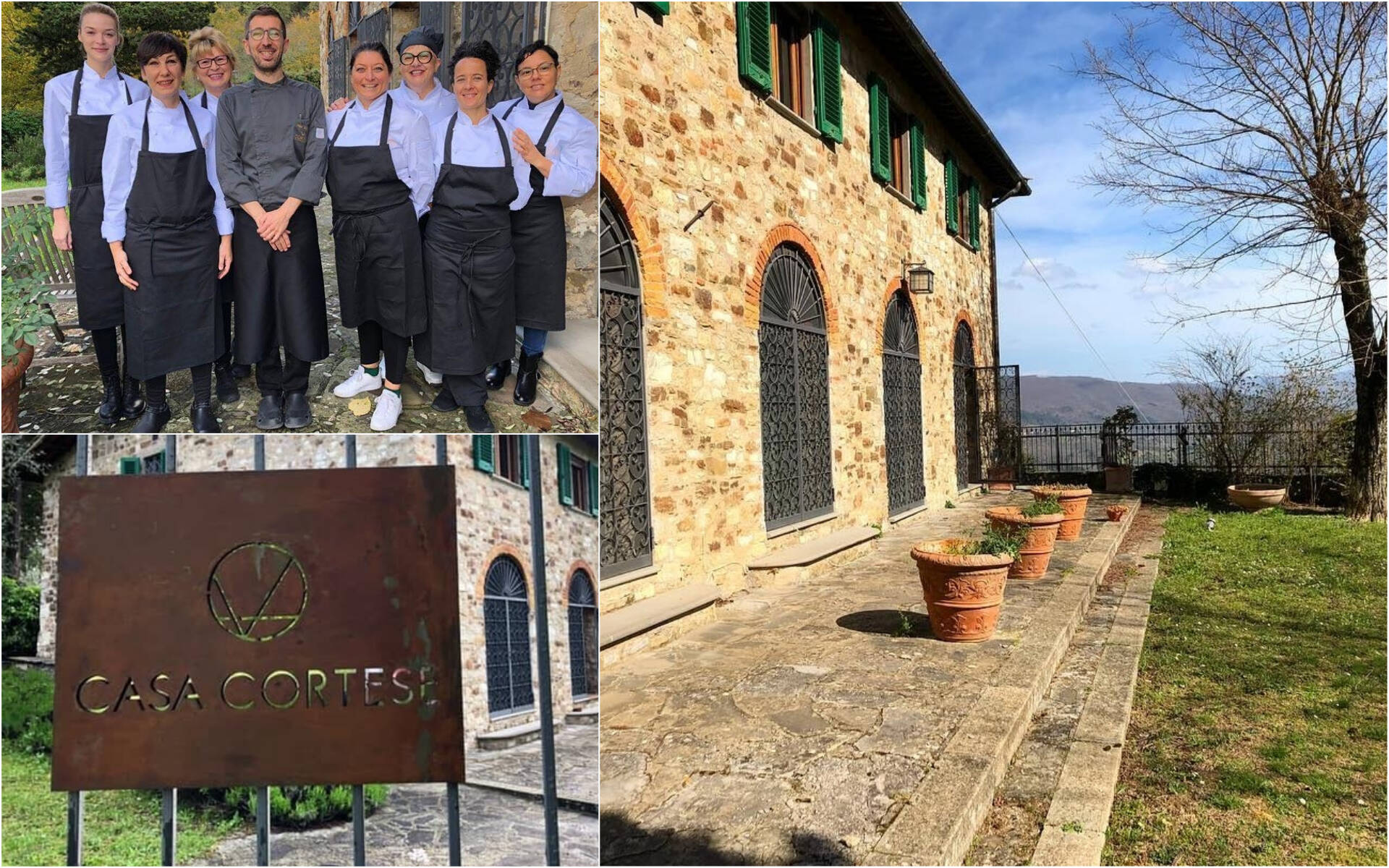 Gelato Cortese is the first authentic absolutely unique raw vegan Gelato in the world scene. It is the result of the total revolution of the classic ice cream sector, aiming to create an unforgettable experience of taste and comfort in the total respect of health. Experiments started in 2014 and it took two full years of tests and research to come up with the recipe of the perfect Raw Gelato. In 2017, during the “Gelato World Tour”, Gelato Cortese, the only raw vegan ice cream to compete, lands in the top twenty in Italy.

Gelato Cortese is the first ice cream free from milk, sugar, cream, soy, rice, starches, emulsifiers, so-called “natural” thickeners, eggs and chemicals of sorts. Its uniqueness lies in the fact that it starts with only 3 plant-based ingredients used in their most natural form, that is to say raw (not cooked, not pasteurized). 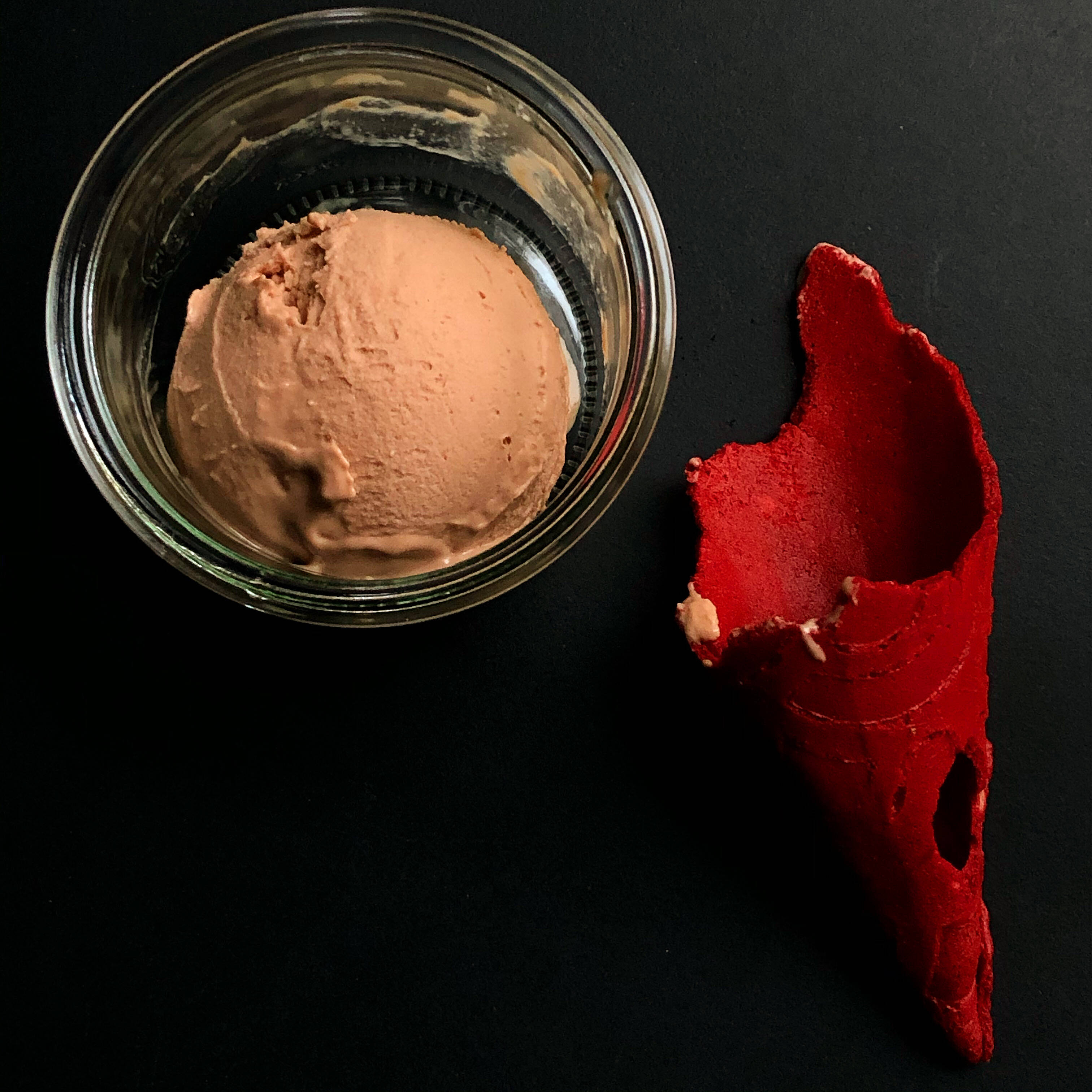 The base, the completely handmade starting formula for each flavour, is prepared using homemade plant-based milk. The almond milk, for instance, is prepared in the laboratory using just almonds and water. The process consists of very simple steps: soaking, blending and filtering of the almonds. The milk so obtained is not pasteurized, but instead, is used within 24 hours to create the ice cream. Cashews and coconut are then added for creaminess, while coconut sugar is added for sweetness.

Cashews are tropical nuts containing healthy fats, 35% protein, and no cholesterol. Coconut sugar is the only sweetener used. Having a very low glycemic index (just 35) this whole coconut sugar is an excellent healthy alternative to the common white sugar. Coconut sugar is very high in vitamins, among which B2, B3, B6, and is a great natural source of minerals like magnesium, potassium, iron and zinc. It gives us energy without increasing the glycemic level in our blood.

Soon a line of 5 pure flavors of Cortese Gelato will be available for distribution. 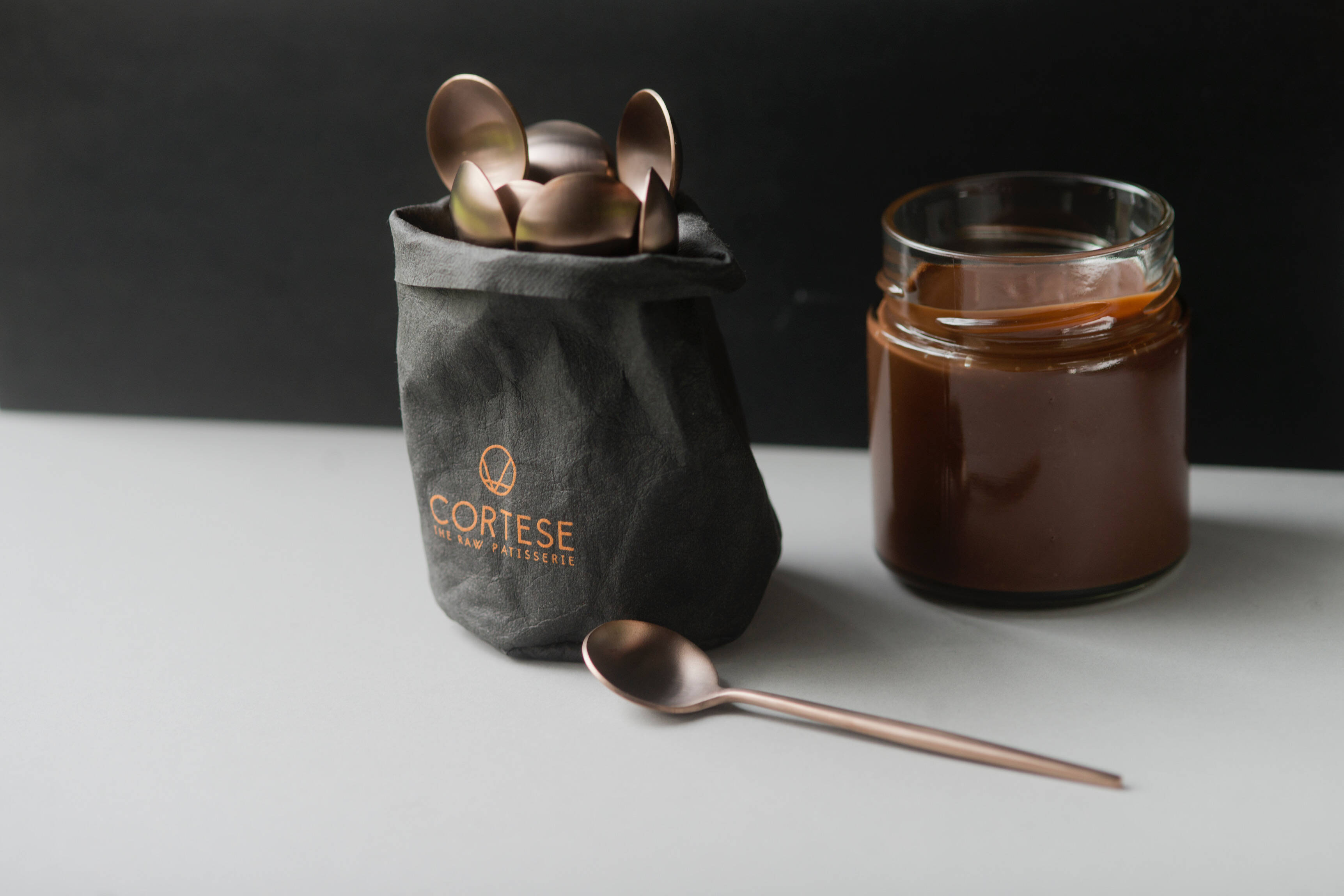 In 2018, Vito started to experiment focusing on a real line that doesn't stop at the classics chocolate spreads like hazelnut and cacao, but also on new combinations such as white chocolate and raspberries, almonds and orange chocolate and many others. Crema al Cucchiaio unique chocolate paste reminds classic Nutella but absolutely healthy with no sugar or harmful substances.

Currently, there are 3 unique tastes:

The only sweetener used in the first 2 is pure coconut sugar, with a glycemic index of 35 and the percentage doesn’t go over 15%. 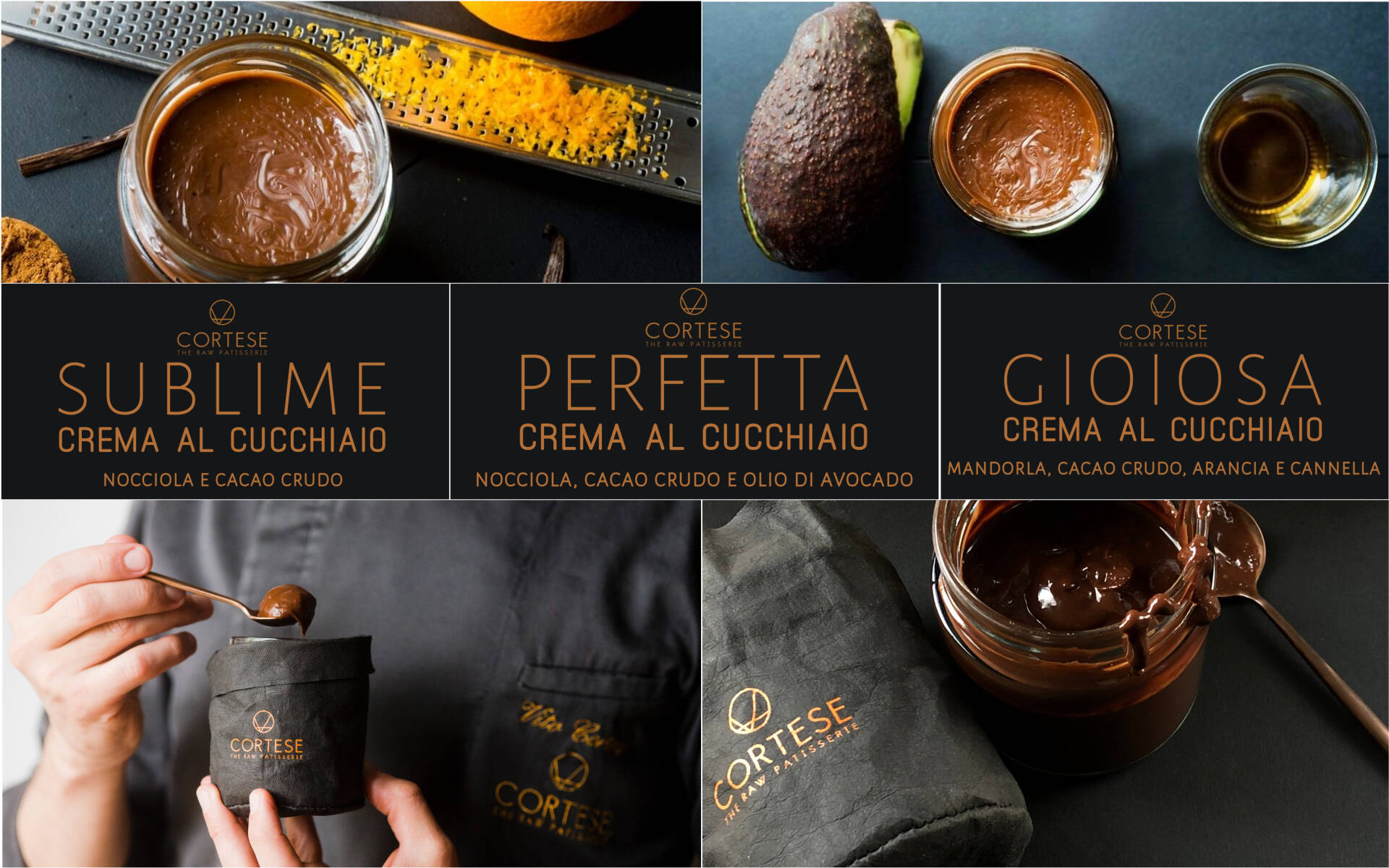 All creams are characterized by:

Vito Cortese continues to surprise the foodies and chocoholics with the best tastes from the best ingredients that are vegan-friendly. The company continuously makes different sales, master classes and holiday events. Every Easter Vito creates the best new recipes for Easter Raw Chocolate Eggs. There are five main variations of them. In addition to the classic dark raw chocolate, there are new white chocolate eggs with pistachio, raspberry and hazelnut grain. The eggs are available in limited edition.

All flavors of Easter Raw Eggs:

Each egg weighs 500 grams and is prepared personally by Vito at Casa Cortese. Easter Raw Egg is gluten-free, lactose-free, animal derivatives, with no refined sugars. Ideal therefore for those who want to stay fit, for intolerant or for those who follow particular diets. Everything is made, wrapped and packaged by hand with respect for the environment. It is the intention of Vito to create products which reflect all that is righteous and to provide a service to the world that speaks a message. 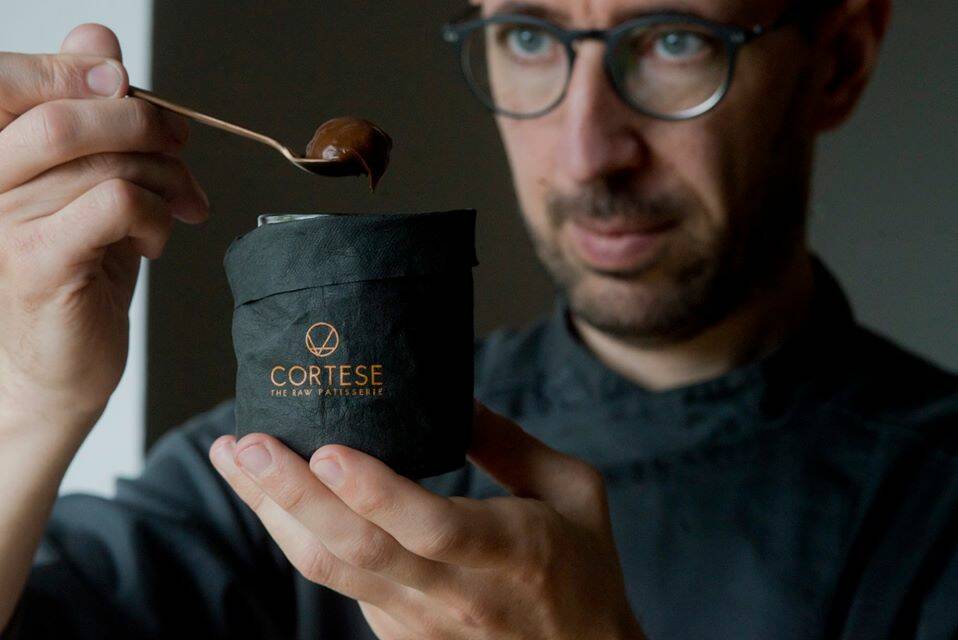 Since the incredible feedback received for the Chocolate Easter eggs, Vito decided to use the same new chocolate recipes to make a line of chocolate bars. From September 2020 the chef will launch a line of the 5 different raw chocolate flavor: Ginaduia, Dark, White and pistachio, White and hazelnut, with and raspberries. Every bar will be 50 grams with RRP from €4,90 to €5,90.

By creating healthy desserts, Vito Cortese is dreaming of a healthy world, where the realization that food can contribute to human well-being is becoming more common, and where industrially poorly processed food is soon becoming just an old memory. Vito focus is the distribution of products, from the chocolate spreads to the bars, from gelato to chocolate creams and more. He wishes to create a real and great range of healthy and gourmet products. His recipes for healthy raw food are already in place and ready to conquer the global culinary industry.